We’ve all heard the term “win, win.” The idea that two parties are winners in a situation, the idea that no one loses in the end. The idea that we can do good by doing well.

Larger companies often “give back” to charities with their earnings and high net-worth individuals give back to charities of their choice when they’ve earned more than they need.

We’re not denying that this is a noble way of making an impact in our community, we’re saying there may be a different mindset we can turn towards in 2019.

Greta Thunberg said to the UN last month, “Until you start focusing on what needs to be done, rather than what is politically possible, there is no hope. If solutions within the system are so impossible to find, then maybe we should change the system itself.” Impact Hub creates programs and fosters belonging for people and ideas who are focused on changing inequitable systems in our community.

We’ve been taught to give back when we earn more than what we need. But in order to change the systems that are working against so many marginalized communities, we must learn to give up — instead of — giving back.

As 2019 starts and your New Year’s resolutions are being made, I urge you to ask yourself, “what can I do to take less instead of giving more in 2019?”

Impact Hub Austin believes strongly in providing a space where everyone has a sense of belonging in order to fulfill his or her potential, and we recognize that that may mean giving up a little more. We believe in giving up parts of membership fees in order to allow for more nonprofits working in our space, we believe in taking less from small businesses in order for them to have access to resources to scale their ideas in any stage of their startup venture. We believe when we take less – our world becomes a more equitable place.

But the idea of giving up instead of giving back will only work when everyone has woken up to the idea that when we take less, we’re actually closing the gaps of inequity.

The idea is a massive one and will definitely be harder than we can comprehend right now. It will require collaborative thought on how we can move forward in breaking the systems working against so many of us.

Changing our mindset to taking less instead of giving more won’t be easy. But what better time to start than the beginning of a new year? How will you take less in 2019? 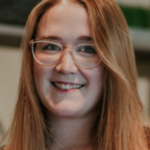 Mindy is the marketing manager for Vuka Collective. She’s worked in the philanthropic, nonprofit, and private sector as a communicator for social good.