“We need to have more authentic and honest conversations in the social sector,” Jessamyn Shams-Lau, said during a live national simulcast on how to create epic partnerships between nonprofits and foundations.

Her and Jane Leu are co-authors of the book Unicorns Unite: How Nonprofits and Foundations can Build Epic Partnerships. Unicorns, as they describe are ‘persistent and visionary nonprofit and foundation professionals who shine with brilliance and humility. Their book strives to chart a new path forward for the often broken, dishonest relationships between nonprofits and their traditional foundation funders.

In the social impact and philanthropy industry, the relationship between funder and nonprofit has typically been understood as less than ideal.  Plagued with distrust in relationships, uncomfortable power dynamics and a mutual lack of understanding about each other’s needs, the outcomes and communities are the ones who ultimately suffer. 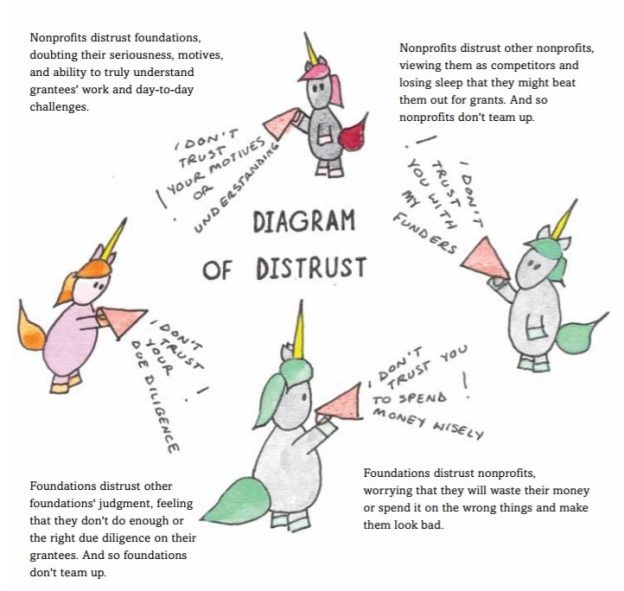 “In a lot of ways, we’ve created these structures and policies, they’re not law.” Richard Tagle, CEO of The Andy Roddick Foundation mentioned, “we need to disrupt the structures we’ve built for nonprofits. Even calling it a nonprofit focuses the business on what we’re not doing.”

The discussion hammered on three distinct points; the power dynamic is real, funding decision makers often are not representative of the communities they are looking to serve, and aligning board, leadership, and staff is crucial to authenticity.

The question is not whether there is an imbalance of power, the question is how is this imbalance ultimately preventing our best work from happening? Here is a powerful excerpt from the book that underscores this point:

The conversation challenges us to rethink how we can all work together more effectively while identifying philosophies and practices that prevent funder and funded from authentically working together.  The solutions are within us as a community. Richard Tagle talked about the importance of open and intimate dialogue with nonprofit leaders and funders through dinners and events. He said he has never seen this happen in Austin, unlike some other big cities like New York and Washington D.C. 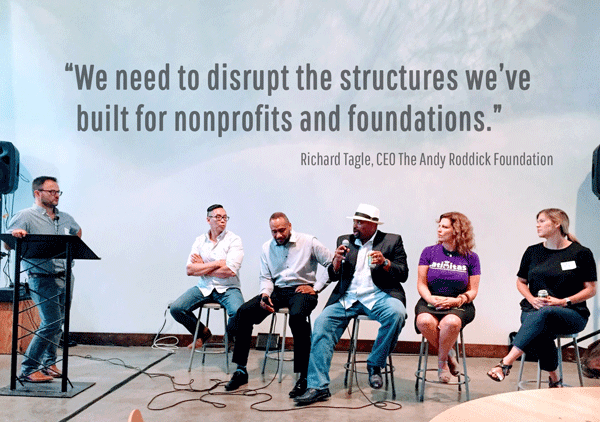 Nonprofit staff and board leadership is often, and understandably, critiqued for their lack of diversity, but when the funder also lacks diversity in their leadership, the cycle of misrepresentation continues.

Trust is hard to come by when there is a lack of understanding on each side. “The Latinas we serve are not some poor children that are across the highway, they’re little geniuses who just need a little access.” Laura Donnelly boldly said.

Critiquing foundations and their process is important as well if we are interested in the outcome more than who is right. Funders and foundations need to be looking at their leadership and staff and asking the same questions nonprofits are about perspective, inclusion and equity. 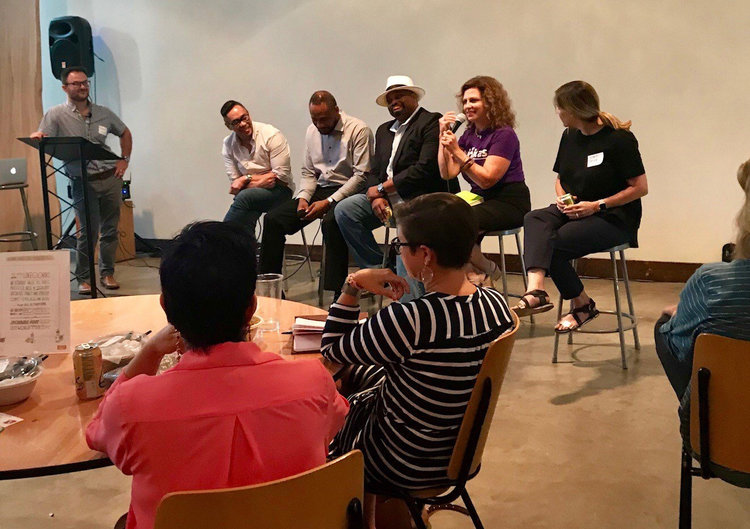 ALIGNING BOARD, LEADERSHIP, AND STAFF

“When I walk into a foundation and talk to the receptionist, the values of the organization need to be aligned all the way on top to the board, that’s true authenticity.” Richard Tagle told the room.

But that’s usually not the case. Boards are generally kept very separate from the staff, leaving it up to leadership to bridge the values gap of board and staff. Although it’s a heavy weight to bear, it’s a necessary one. When all levels and roles of a foundation are in sync, they’re more likely to be able to have an honest dialogue with their nonprofit partners and vice versa.

This book and this conversation is a powerful impetus to change an old narrative.  We are here daring to dream of a world where funders and nonprofits see each other as trusted and equal partners. Imagine what we could accomplish together if that vision was pursued by us all!

← How Meditation Can Improve Your BusinessA Conversation With Well Aware →

View all posts by Yuki Rosene →